Launching of the “Ciutadella of Knowledge” project, that will turn the Ciutadella area into a leading scientific hub in Europe - News

Launching of the “Ciutadella of Knowledge” project, that will turn the Ciutadella area into a leading scientific hub in Europe

Launching of the “Ciutadella of Knowledge” project, that will turn the Ciutadella area into a leading scientific hub in Europe

The project, promoted by Barcelona City Council, the Generalitat (Government) of Catalonia and Pompeu Fabra University, includes an element of town planning that seeks to permeate Ciutadella Park and open it up to the sea. The CSIC and BIST are the first partners of a multidisciplinary scientific project that will be opened to other leading centres around the world. 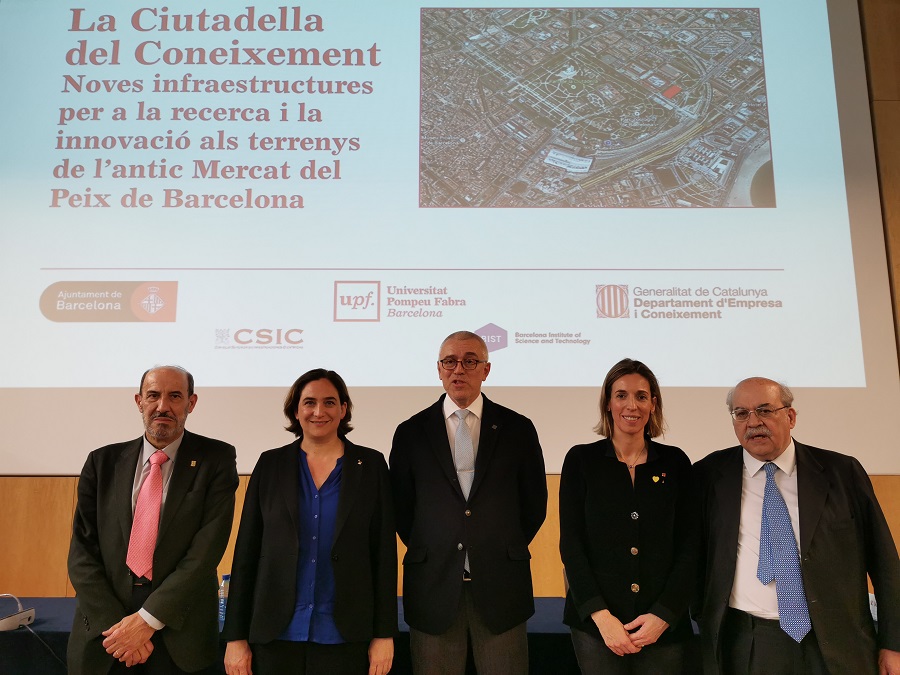 The mayor of Barcelona, Ada Colau; the minister for Enterprise and Knowledge of the Generalitat (Government) of Catalonia, Àngels Chacón, and the rector of Pompeu Fabra University, Jaume Casals, today signed a protocol to jointly promote a new space for research and innovation in the grounds of the old Fish Market. The event took place in the Mercè Rodoreda building on UPF’s Ciutadella campus.

This signing of this agreement sets the starting point for the “Ciutadella of Knowledge” (pdf, 12 pp.), a scientific and urban planning project that seeks to turn the Ciutadella area into a leading hub of scientific knowledge in Europe. 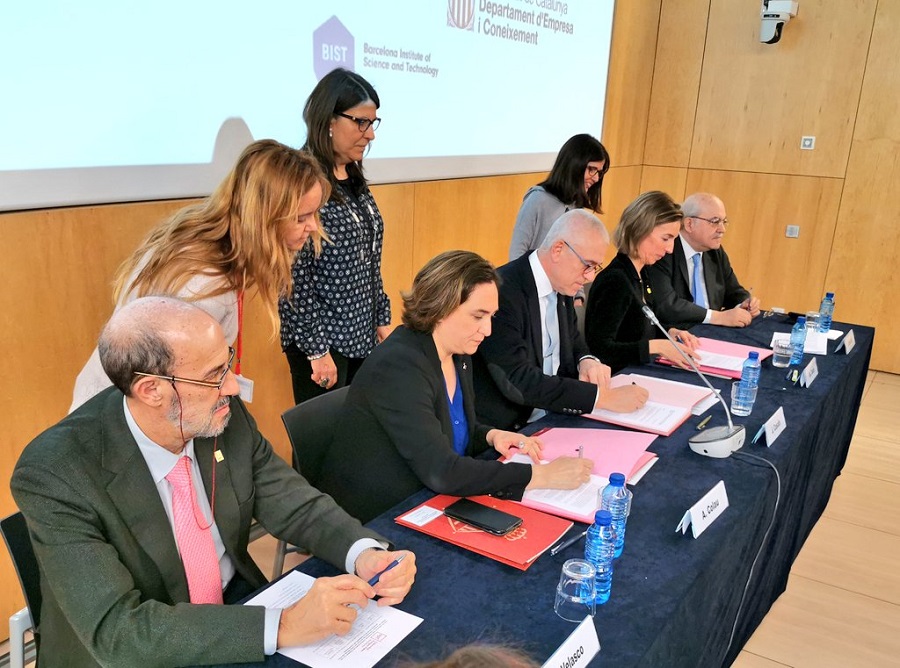 In her speech, Ada Colau, mayor of Barcelona, said that “today we are laying the foundations for what will be one of the most important projects for Barcelona in the next decade. It is a cross-cutting partnership between institutions that will allow us to transform the surroundings of Ciutadella into a leading European scientific benchmark. It is clear to us that Barcelona must establish itself as a benchmark for science, innovation and knowledge”.

Meanwhile, Àngels Chacón, minister for Enterprise and Knowledge, stressed that “Catalonia is an innovative country with a very good knowledge- and research-based higher education system. With 0.1% of the world’s population we produce more than 1% of global research. It is a humanistic and a scientific and futuristic project with a classic soul that is getting underway thanks to the conviction of all the actors participating, with a clear desire to work together to multiply successes”.

Finally, Jaume Casals, UPF rector, explained that “we want to organize optimally the space of the old Fish Market, geometrically in the centre of Barcelona whose current use is absurd, and we want to do so by opening up to research and innovation organizations and institutions across the world. UPF will implement its Planetary Well-being project there with the aim of promoting multidisciplinary research to respond to the global challenges posed in the 21st century”.

The planned urban intervention in the “Ciutadella of Knowledge” project is one of the most important urban transformations promoted in the city of Barcelona in recent years because it affects the entire area of Ciutadella and includes the permeability of the perimeter of the park and its opening up to the sea.

The aim is for the 300,000 m2 of Ciutadella Park to overlap with its surroundings and help the city and the citizens not only as a recreational tool but also as a tool for science and culture, in other words, for knowledge.

The specific project of the former Fish Market has been created in order to help reinforce the already strong research in the field of biomedicine, biology, economics, political sciences, law, humanities or technology, on UPF’s Ciutadella campus. It intends, in the one location, to concentrate research in different areas that will enable a unification of objectives rarely seen in Europe.

The first partners of the scientific project, besides UPF, are the Spanish National Research Council (CSIC), through the Institute of Evolutionary Biology (IBE CSIC-UPF), and the Barcelona Institute of Science and Technology Foundation (BIST) which includes seven of the most prominent research centres in Catalonia (CRG-IBEC-ICIQ-ICFO-ICN2-IFAE-IRB).

During the event, Ada Colau, mayor of Barcelona; Jaume Casals, UPF rector;  Andreu Mas-Colell, president of the BIST, and Victor Velasco, vice-president of Organization and Institutional Relations of the CSIC, signed a second general protocol for common action.

In a second phase, the project envisages incorporating other leading institutions of the park area, as well as universities and research centres in the city, the metropolitan area, Catalonia, Spain, Europe and the world; helping to build critical mass, synergies between centres, interdisciplinary projects and cross-fertilization.

The initiative is expected to create in the area of the old Fish Market, which covers some 7,500m2 and has a total area for potential development of more than 43,500m2, three new research infrastructures with an international outlook that will affect the land owned by the council and the University:

A remaining area of some 7,000 m2 will be kept in reserve for the growth of any of the three previous initiatives or other coherent projects, of other institutions, with which agreements may be reached in the coming months.

Research in the area of biodiversity, global health and well-being will be the focus of the first research lines of this new knowledge hub

The “Ciutadella of Knowledge” project initially envisages carrying out three urban planning operations on the land of the old Fish Market. 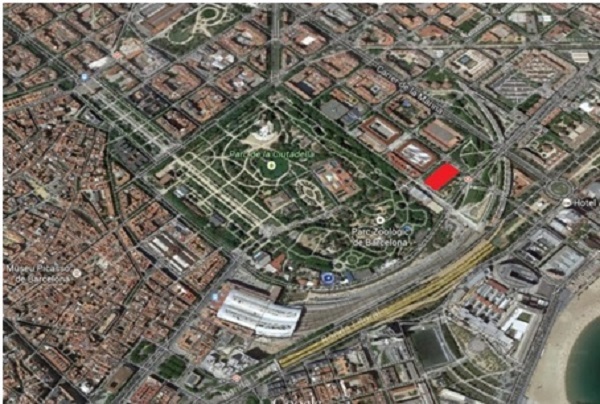 The construction of the new headquarters of the IBE will bring together all of the research groups of this CSIC-UPF mixed institute and achieve sufficient critical mass as to become established as a leading centre for biodiversity. The centre will pool its research around five main areas: animal biodiversity and evolution, comparative and computational genomics, functional genomics and evolution, population genetics, and complex systems.

The BIST, which foresees the construction of a new biomedicine hub, will develop there its research project, scientific transfer and dissemination around four major areas concerning health: ageing, cancer, genetic diseases and degenerative diseases.

Finally, the construction of the new UPF centre will allow the University to carry out its activities in teaching and knowledge transfer around planetary well-being. This is a strategic project for the University’s current governing team and it poses challenges in the institution’s various areas of knowledge, from health, biology, politics, economics, the humanities and engineering to law and communication.

The scientific challenges posed by these entities are included in the Sustainable Development Goals (SDG) set by the United Nations and represent a firm commitment by these institutions to assume their responsibility in meeting them through the creation and dissemination of new scientific knowledge. Among others, the SDG affect critical issues for the future of the planet such as health and well-being, climate change, poverty, inequality, sustainable cities and innovation in industry.

Through this project, these institutions advocate transforming the grounds of the old Fish Market into a new hub of knowledge with the potential to compete with the best centres in Europe. 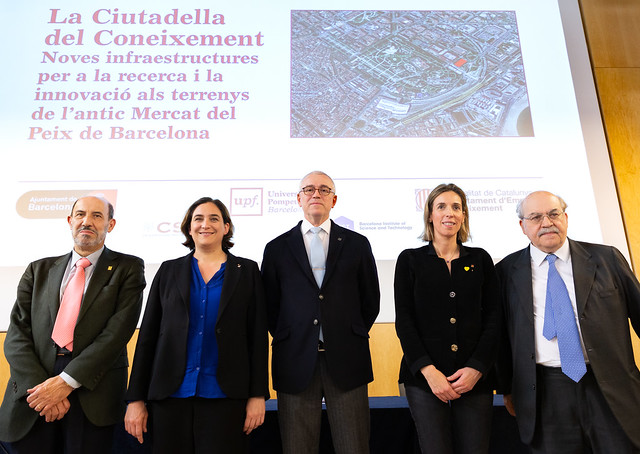