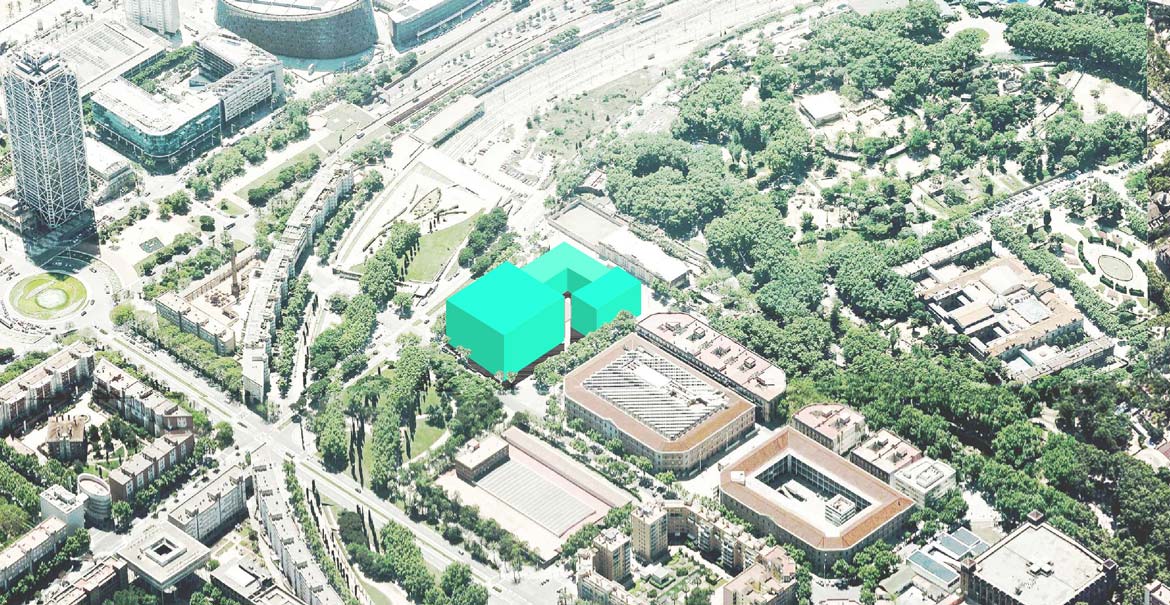 Pompeu Fabra University has reached a decision, in accordance with the opinion of the jury of the architectural competition convened for the project for the research buildings of Pompeu Fabra University (UPF) and the Institute of Evolutionary Biology (IBE), a joint institute of the CSIC and UPF, at the Mercat del Peix, concerning the list of teams selected to compete in the second round for the design and construction of these new buildings. The selected candidates are the teams formed by Camps Felip Arquitecturia + Allies & Morrison, Ltd.; Kengo Kuma & Associates + BCQ Arquitectura Barcelona; miba architects + DATAAE; Moneo Brock + BAAS + Casa Solo Arquitectos; and ZGF Architects + MIRAG + Double Twist.

The competition, convened in June 2021, attracted 41 teams from ten different countries. The high number of competitors and the quality of the teams presented highlights the interest that this unique project has aroused within the sector.

This contest is also an example of collaboration between administrations, as the tender has been promoted jointly by the Spanish National Research Council (CSIC) and Pompeu Fabra University (UPF).

The jury of the architectural contest for the buildings of UPF and the IBE, chaired by Jaume Casals, UPF rector between 2013 and 2021, made up of two representatives of the CSIC, the chief architect of Barcelona City Council, the manager of INCASÒL, two architects appointed by the College of Architects of Catalonia and an engineer appointed by the College of Industrial Engineers of Catalonia, in accordance with the criteria of the competition, has selected the teams it deemed to have presented an experience (a previous project by the chief architect and works manager and a previous project by the specialist environment technician) and the curriculum of the architect and specialist environment technician best fitting the project to be built at the Mercat del Peix.

The temporary joint venture by the Barcelona firms miba architects and DATAAE.

The Madrid firm Moneo Brock, associated with the Catalan offices of BAAS and Casa Solo Arquitectos.

The team formed by the Californian firm  ZGF Architects and Barcelona offices of MIRAG and Double Twist.

These five teams will now work on drafting a proposal for the two research buildings and the development of the site of the old Mercat del Peix and surroundings, and will have three months to submit it after receiving the formal invitation. The first building of the complex, belonging to UPF, with a gross floor area of 8,300 m2, three storeys in height, will house its own researchers and guests who will be dedicated to research and innovation in and for global wellbeing. The second building, with a gross floor area of 6,000 m2 spread over five floors, will host the new IBE headquarters, where this joint CSIC - UPF research centre will house its researchers in the study and conservation of biodiversity, who are currently working in two separate buildings, and will create new research groups.

The winning project will be selected by the contest jury taking into account such criteria as the architectural and technical quality of the buildings to efficiently fulfil their research uses, how they fit into the environment, and the treatment of the open spaces between buildings, among others, paying special attention to the proposals whose sustainability solutions are most notable.

The Mercat del Peix, one of the first actions of the Ciutadella of Knowledge

The Mercat del Peix project, one of the first actions of the Ciutadella of Knowledge, involves the creation of a new research and innovation complex of some 45,000 m2, focusing on biomedicine, biodiversity and planetary wellbeing, which will be located on land formerly occupied by the market, right next to the UPF Ciutadella campus. The initiative has the support and collaboration of Barcelona City Council and the Generalitat (Government) of Catalonia.

This future knowledge hub will consist of the UPF and IBE buildings together with the new building of the Barcelona Institute of Science and Technology (BIST), designed by the Barcelona-based Barozzi Veiga studio, which this entity is promoting in parallel and dedicated to multidisciplinary research in precision medicine, and also a hub of mobility services by Barcelona de Serveis Municipals (B:SM). This initiative is the result of agreements entered into between the Catalan Government, Barcelona City Council, the BIST, the CSIC and UPF.

Work on the Mercat del Peix project, which will be carried out in several phases, is expected to begin in September 2022 and be completed by the end of 2025.