The land where the new Mercat del Peix research and innovation complex is to be built was not developed until 1888, on the occasion of the Universal Exposition of Barcelona, the first major international event organized in the city that brought about considerable urban transformation and of the Ciutadella park and its surroundings in particular.

One of the secondary buildings of the Exhibition was the Gallery of Machines, the work of Adrià Casademunt i Vidal, which was built on the perimeter of the enclosure, where visitors could see a broad sample of the most advanced machinery of the late nineteenth century, with a prominent presence of railway locomotives. The bare brick building was erected according to the criteria of modernity of the time, with three naves covered by an iron structure. 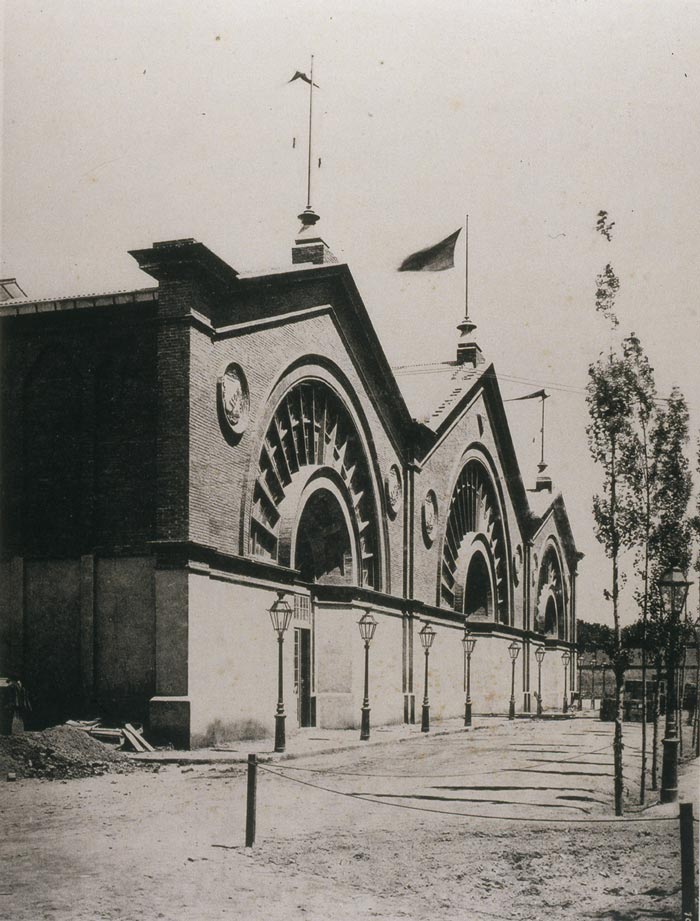 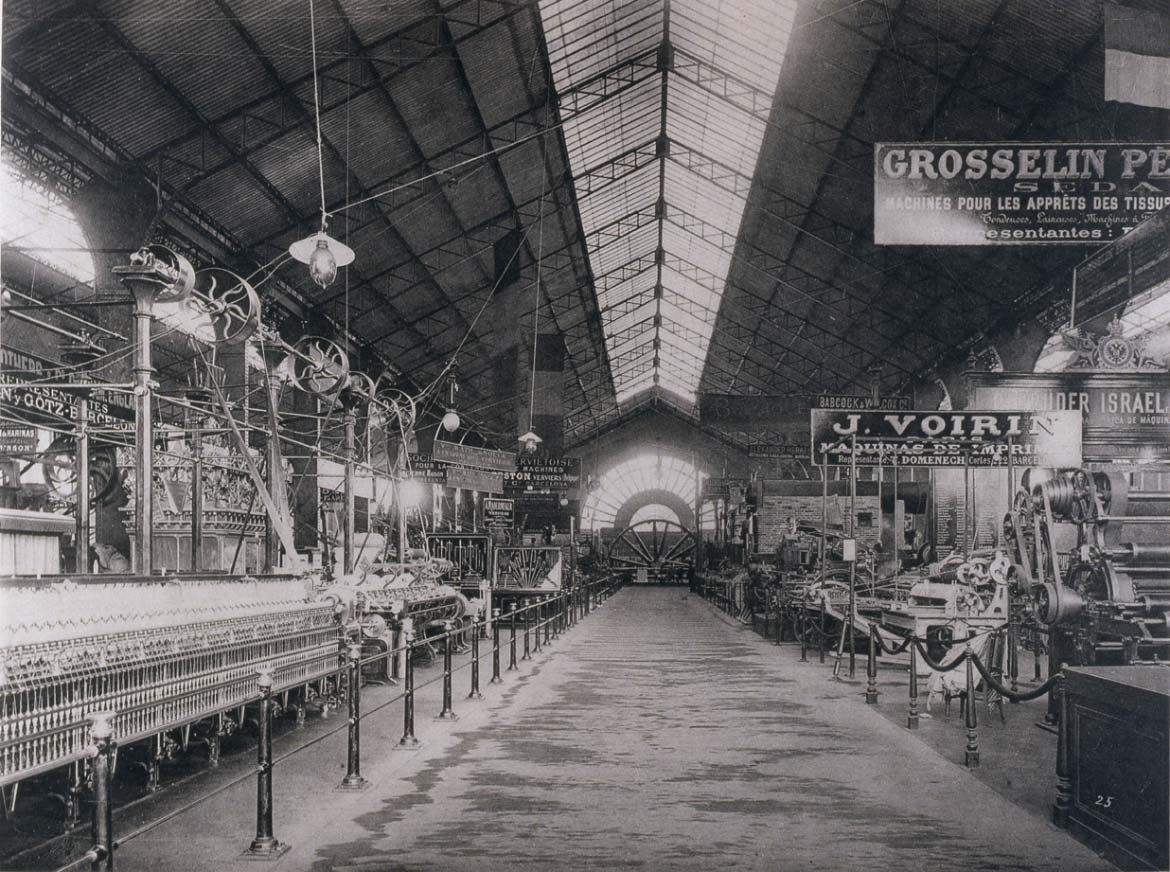 After the Exposition, the Gallery of Machines was partially demolished and was affected by the course of Wellington St. A few years later, in 1931, it was chosen as the suitable place to house the wholesale fish market, which until then did not have a permanent location. 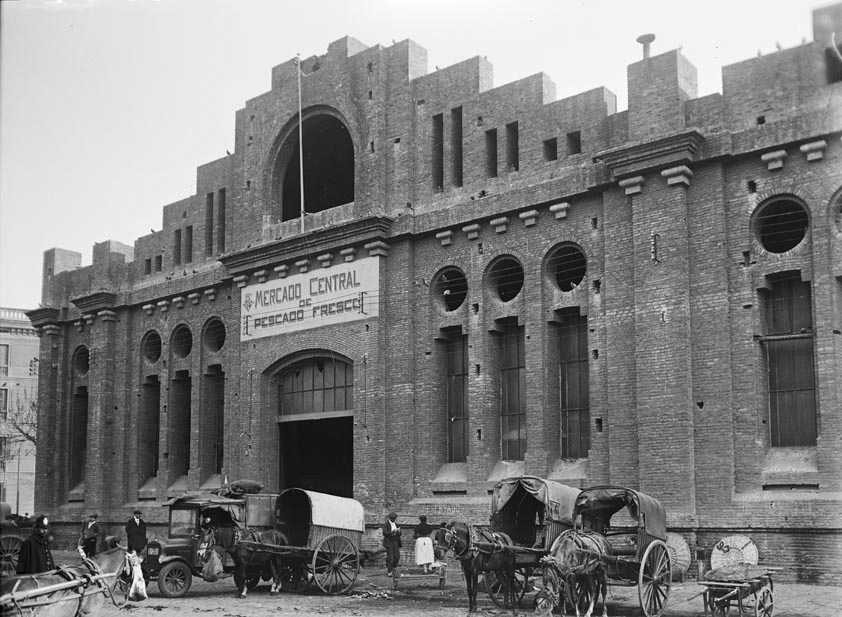 The site underwent major renovation and an extension, approved in 1947, which took some time to complete. Finally, on 18 July 1953 the new Mercado Central de Pescado, covering an area of 4,500 m2 with a 1,600 m3 cold room and a ceiling height of 3.5 metres, was inaugurated.

The new site also included a salt water facility, unloading bays and guild offices. From the outside, its appearance was austere and it featured a set of naves with sections of domed roofs, on which a turret stood out at one end, where the name of the market appeared beneath the city’s coat of arms. 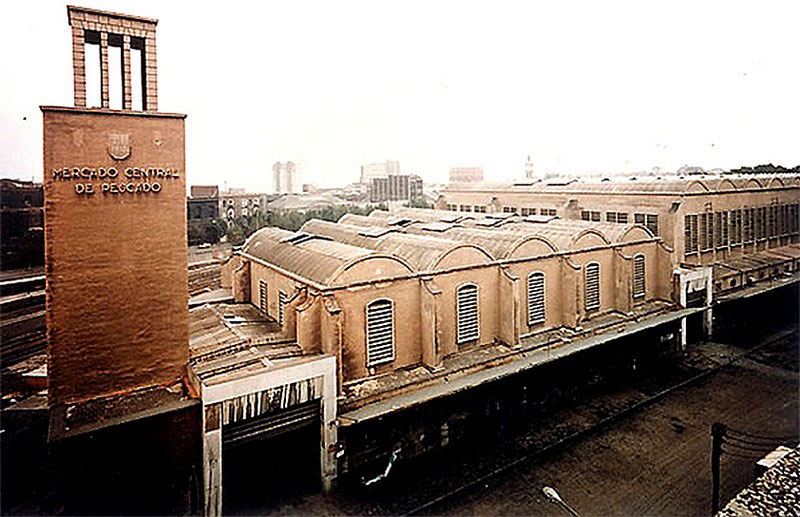 The Mercado Central del Pescado closed its doors on the night of 3-4 October 1983, when it was moved to its new facilities in Mercabarna, in the Zona Franca customs-free zone. For a time, the building served as a municipal car pound where vehicles that had been stolen, abandoned or that were under judicial custody would end up.

Finally, the building was demolished in 1992, due to the construction of the Olympic Village and the development of the surroundings. From 1996 until today, the plot has been occupied by an open-air public car park, managed by the municipal company B:SM.