The project for the Mercat del Peix consists of the creation of a new research and innovation complex of some 45,000 m2.

The plot, where there is currently an open-air public car park, is owned by Barcelona City Council and UPF. It covers an area of roughly 7,500 m2, and the architectural project envisages the construction of three new buildings with a total floor area of more than 45,000 m2. With planned investment of almost €104 million, this new knowledge hub will be operational in 2026.

The Ciutadella of Knowledge

The Mercat del Peix project is one of the first actions of the Ciutadella of Knowledge, a scientific, cultural and urban initiative that aims to turn the surroundings of Ciutadella park, in the centre of Barcelona, into an urban benchmark knowledge hub in southern Europe.

The initiative is jointly promoted by Barcelona City Council, the Catalan Government and Pompeu Fabra University, that has the support of the Government of Spain.

In the surroundings of Ciutadella park we already find some forty prestigious public and private institutions in the fields of research, innovation, higher education and culture. Their activity includes a wide range of areas of knowledge: biology and health, biodiversity, social sciences, and humanities.

The Ciutadella of Knowledge aims to attract new national and international institutions to the area that are recognized for their excellence in the field of planetary wellbeing, thus joining the existing critical mass to increase inter-institutional synergies and promote interdisciplinary initiatives. 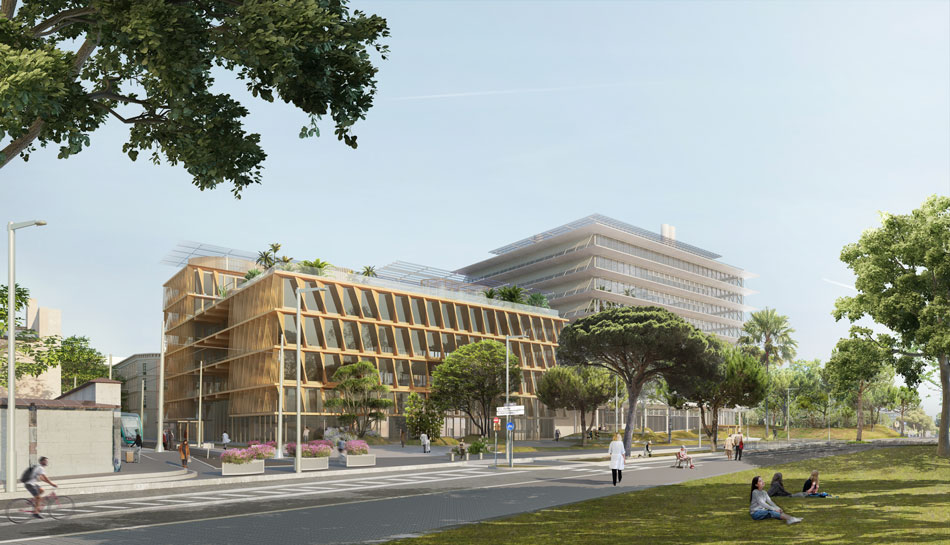 To complete and enrich the new research and innovation complex to be built at the Mercat del Peix, an artistic installation is envisaged in a prime, central location of the complex that will identify the site as an iconic space of the city, be a cultural focal point of the district and become an element of regeneration and interconnection with local entities and institutions and the Ciutadella of Knowledge project.

The planned investment in the construction of the Mercat del Peix buildings is around €103.8 million, broken down as follows:

Work on the Mercat del Peix project, which will be carried out in several phases, is expected to begin in February 2023 and be completed by the end of 2025.

The plenary session of Barcelona City Council approved the Special Town Planning and Urban Improvement Plan for the Ciutadella area, which arranges the plots of the Mercat del Peix area, incorporates the three research centres to be built there, and defines the uses and characteristics of the building to ensure planning involving environmental and sustainable excellence.

*Estimated amount, it may change after the tender for the construction of the building. 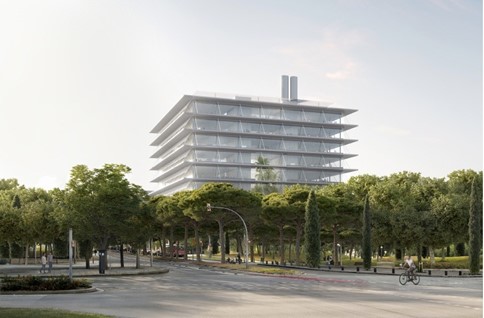 The Barcelona-based studio Barozzi Veiga won the international architecture contest convened by the BIST to design and build its new building, which received a total of 34 submissions.

The winning studio was founded in 2004 in Barcelona by Fabrizzio Barozzi and Alberto Veiga and has received numerous awards including the Mies van der Rohe award for Contemporary Architecture in 2015 for the Szczecin Philharmonic Hall (Poland). In 2019 they were awarded “Best Architects 20” and the Chicago Atheneum International Award for the Bündner Museum of Fine Arts in Chur (Switzerland). Other outstanding buildings by the studio that have received extensive international recognition are the Tanzhaus cultural centre in Zürich and the Cantonal Museum of Fine Arts in Lausanne. The BIST building will be the first to be built by the Barozzi Veiga team in Barcelona.

The new building, which will house more than 800 researchers and some sixty research groups from four BIST centres (CRG, IBEC, ICN2 and IRB Barcelona), will have a floor area of nearly 25,000 m2, over several storeys devoted to multidisciplinary research into biomedicine. Work is set to commence in August 2024.

The new UPF and IBE buildings

The jury of the architectural competition for the UPF and Institute of Evolutionary Biology (IBE) buildings at the Mercat del Peix complex [site of the former Fish Market] has proposed the entry presented by the team formed by the Californian studio ZGF Architects and the Barcelona firms MIRAG and Double Twist as the winning one.

The competition envisages two buildings. The first of these two buildings, which will be at the UPF, shall be three stories high, have a total floor area of 7,300 square meters, and be dedicated to research on and innovation for planetary well-being. The goal is to make it a meeting point for researchers drawn from the experimental sciences, the social sciences, and the humanities, with a view to carrying out interdisciplinary projects in areas such as: Planetary Health; Complex Systems; Data Science; Artificial Intelligence; Climate Change Economics and Governance; Biodiversity Loss; Global Law and Governance.

The second building will have a total floor area of 6,500 square meters — split over five floors — and host the headquarters of the Institute of Evolutionary Biology (IBE), a joint research centre created in 2008 by the UPF and the Spanish National Research Council (CSIC). The IBE will site all its research staff at its new Mercat del Peix facilities, where it will consolidate and expand its research project on Evolution and Biodiversity, with the goal of consolidating its position as a leading international research centre.

The competition, convened in June 2021, attracted 41 teams from ten different countries. The high number of competitors and the quality of the teams presented highlights the interest that this unique project has aroused within the sector.

This contest is also an example of collaboration between administrations, since the tender was jointly promoted by the CSIC and UPF.

A hub of mobility services 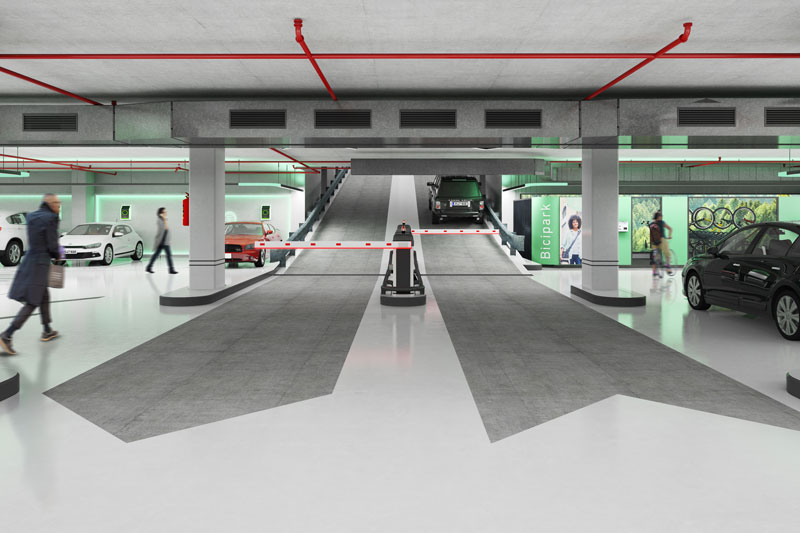 Barcelona de Serveis Municipals, S.A. (B:SM) will build and manage a new car park on the 2nd basement floor of the Mercat del Peix, “Ciutadella del Coneixement - Zoo”, which will be integrated into the B:SM Network of car parks, which currently exploits 45 for public use.

This car park, whose construction is set to begin in September 2022, is designed as a hub of mobility services thanks to the commitment by B:SM to contribute to improving mobility in Barcelona based on sustainable, healthy, efficient, connected and shared solutions that respond to the new patterns of consumption.

Specifically, the new mobility hub around the Ciutadella of Knowledge will dispose of almost 7,000 m2 to provide solutions to the new needs of urban mobility, to make this facility a key part of its set-up. So, it will offer parking for cars and motorcycles through modalities that favour the flexible and optimal use of the available space; an electromobility service provided by Endolla Barcelona, the first public network in Spain; a large space for exclusive use by cyclists and personal mobility vehicle users; Click & Collect services to pick up and return parcels from secure, automated lockers 24/7, operated by various companies; carsharing services provided by multi-operator vehicle fleets, and a Delivery Station Points service managed by last-mile microdistribution operators. 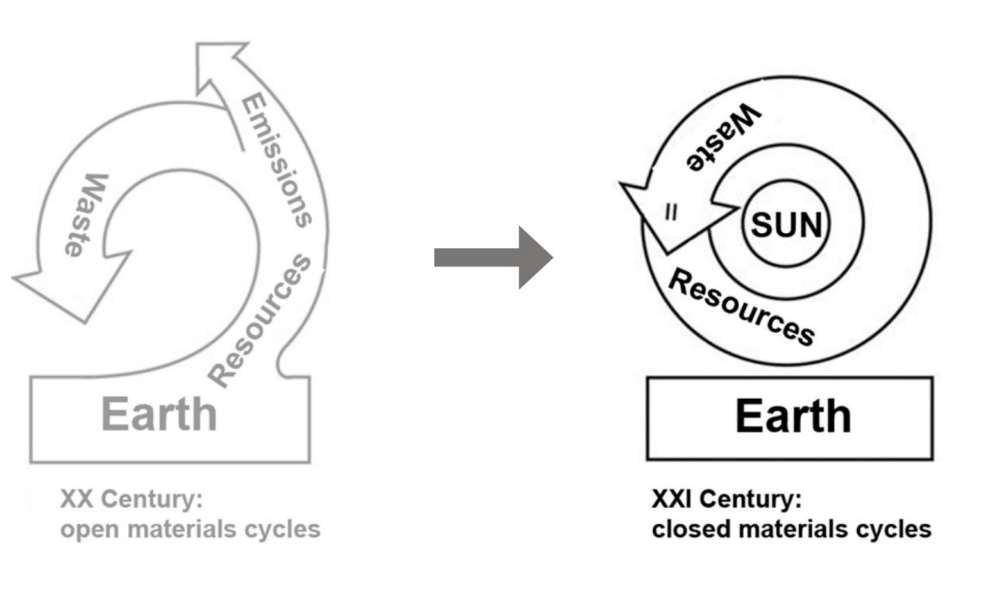 The future Mercat del Peix buildings will include integrated water, waste and energy management solutions, prioritizing the environment, reducing energy demand and the global ecological footprint, limiting noise and environmental pollution and geared towards sustainable mobility. The goal is to go beyond sustainable buildings and achieve regenerative buildings that serve as a reference for future buildings in an environmentally friendly, environment-integrated city.

Hence, the architectural project for the Mercat del Peix complex envisages the closure of material cycles, i.e., the conversion of waste into resources, to head in the direction of self-sufficiency.

To achieve this, the architectural project will take into account the use of recycled and recyclable materials, the limited generation of waste, the minimization of the economic footprint of buildings, the reduction of water and energy demand, and the introduction of active and passive bioclimatic systems.

The planned volumetric arrangement of the architectural units to be built will incorporate criteria that will improve bioclimatic behaviour, taking advantage of natural light, favouring cross ventilation and heat dissipation, incorporating vegetation that generates a favourable microclimate taking the greenhouse effect into account. 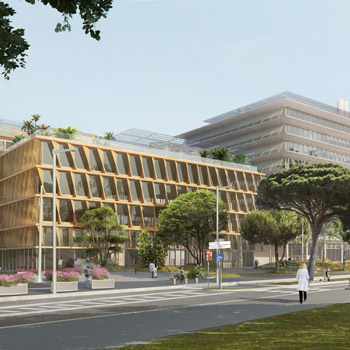 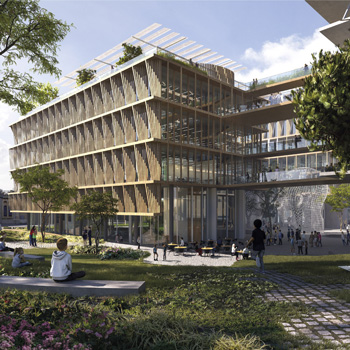 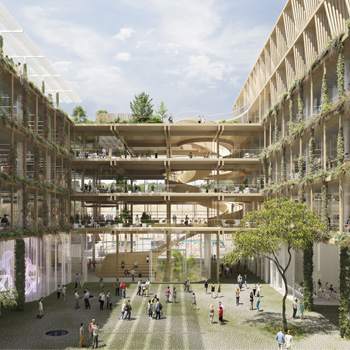 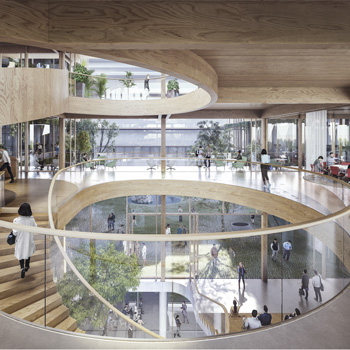 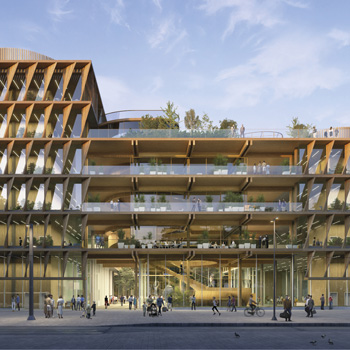 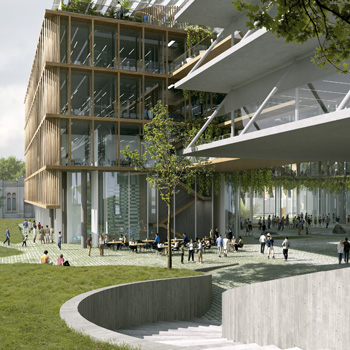 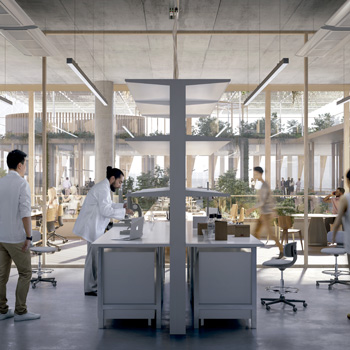 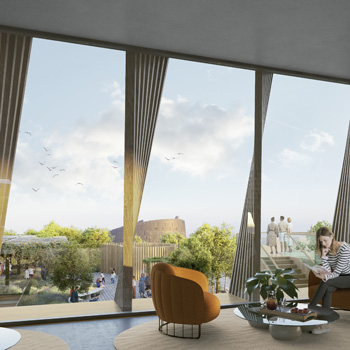 The construction of the BIST and IBE (CSIC-UPF) buildings at the Mercat del Peix is co-funded by the Catalan Government’s Department of Research and Universities, under call EMC/954/2019, of 9 April, for the implementation of unique institutional projects that facilitate the generation of research of excellence, the attraction of talent, and knowledge transfer and valorization activities, through the construction, acquisition, enabling and the substantial expansion of buildings for R&D infrastructures.